Our 2015-2016 programs are scheduled for next season.  If you have not yet joined or renewed your membership, please send your check of $35* made out to “Vassar Brothers Institute” to:

Travel across the US and back in time to rediscover the Ancient America found in our own back yards! New discoveries are revealing amazing accomplishments and surprising connections. Ohio’s Hopewell Culture’s geometric earthworks, Iowa’s Effigy Mounds, and the magnificent cities of the Mississippians 1000 years ago, to name a few.

At a time when rapid change in our relations with Cuba are happening, it’s good to step back and take an intimate look at the country under the Castro regime. John will take us on a personal journey through Cuba, focusing on the towns, country side and the every-day life of our neighbors 90 miles south of Florida.

Forget what you thought you knew about China. That’s disappearing. China has gone through an incredible transformation over the past 30 years. Dale Johnson will take us on a journey through the new China – millionaires, upscale malls, tourists (Chinese!). But we’ll also visit many traditional sites, like the Great Wall and quaint rural villages.

How many people can say they studied under, and worked with, Ansel Adams! You will see Adam’s influence in Paolo’s unforgettable Death Valley photos. Paolo will take us through the elements of great photography, pointing them out in many of his outstanding photos. And he will critique photos submitted by members to help us all sharpen our photo-taking skills.

Founder and Director of the Center for Algonquin Culture, Evan Pritchard has tirelessly focused on preserving the teachings, history and culture of the many Algonquin nations. He will take us on a journey exploring his Native American roots in which we will learn about the significance of ceremonial songs and dances and many other aspects of the culture of our first Americans.

The 2016 series will be at 7:30 p.m. on January 27, February 3 and February 10. As in the past, each program will consist of an understandable talk by a scientist involved in research on the topic, and an opportunity for questions from the audience. Brochures giving speakers, and subjects and the location will be distributed in January. The purpose of these lectures is to bring together the general public and scientists to explore topics of interest and importance to everyone. Admission is free.

With 70 years of travel film production under his belt, Stan felt it was time to put together a historical portrait of the industry. He will take us through highlights of famous travel films and introduce us to legendary producers, including Burton Holmes and Lowell Thomas, both of whom Stan had working experiences with at an early age.

Acclaimed National Geographic explorer, Karin Muller will take us down the 3,200 mile Inca Road which was built over 500 years ago to link the outposts of the Inca Empire. She will spin our journey into a modern tapestry of faces and memories, while intertwining a chronicle of the Inca and how they lived, worshiped and warred.

March 16, 2016
Sandy Mortimer
The Lure and Lore of Deserts

Sandy will lead us on a journey of discovery to six diverse deserts of the Middle East and the America Southwest. We’ll climb sacred Mount Sinai and trace the steps of Lawrence of Arabia in the Valley of Wadi Rum. We’ll visit the legendary town of Tombstone in the Sonoran Desert and much more. So come along! 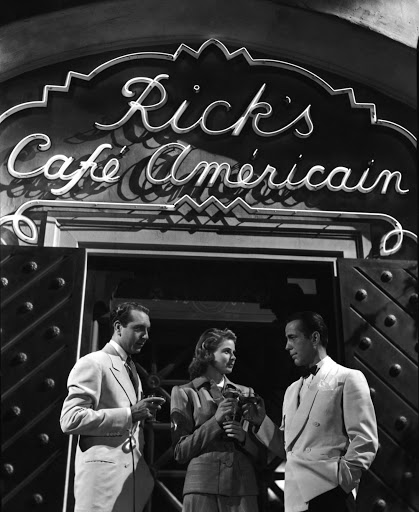 By popular vote of VBI members, Bogey will be back this year starring with Ingrid Bergman in this ever-favorite classic. You and your membership partner are invited to attend for free! Just show your VBI membership cards. Park in the municipal lot behind the Bardavon. Trustees will be on hand to assist. In addition, you and any others in your party may attend any other classic movies at the Bardavon or Ulster Performing Arts Center for $1 off the regular price of $6 each. Again, just show your VBI membership card.

Remember the fun and enchantment of attending high school spring musicals? Many of our local schools put on musicals that approach Broadway productions in their quality. And such youthful enthusiasm! VBI members will attend a local high school production for free. Details will be announced in February.