Our 2014-2015 travelogue programs are scheduled for next season.  If you have not yet joined or renewed your membership, please send your check of $35* made out to “Vassar Brothers Institute” to:

Join Peter as he travels the world seeking out the most scenic, active volcanoes. Trek Hawaii’s Kilauea as the bright red lava burns the soles of your shoes. Visit Hunga Ha’apai, a brand-new volcanic island in Congo – only three weeks old and still warm to the touch! Vesuvius in Italy, Krakatoa in Java, and so many more.

Rick is back with his newest “Real World” film. From the towering Redwoods to the ancient Sequoias, from colorful San Francisco to warm and sunny San Diego, from the precipitous Highway 1 along Big Sur to the scenic routes through wine country, we’ll do it all with Rick!

Travel with John and Jodie down the “mother road” – that great highway that connected so much of America, but has given way to her off-spring, the super highways. But there is still so much of the “mother” left to explore – the scenic wonders, the museums, the small towns, and yes, the kitschy roadside attractions. You’ll love it!

Yes, you’ve been to the Roosevelt and Vanderbilt mansions. But have you been to the Roundout district in Kingston, Van Wyck Homestead in Fishkill, or John Burroughs’ Slabsides in West Park? Tony has explored over 100 places of great significance in the Hudson Valley and will show us highlights of these historical treasures.

Seating at Science In Your Life series is limited and is available on a first come, first served basis.

The ocean is the defining feature of our planet and is the last and the largest unexplored place on Earth. For more than 60 years, Lamont-Doherty scientists have pioneered studies of the world’s oceans from our renowned research vessels. From the South Pacific to the North Atlantic, they have travelled millions of miles in pursuit of new knowledge about our planet. Join us to learn how scientists conduct research at sea and about the exciting discoveries they have made throughout our rich seagoing history.

Ever wonder if you are alone in the universe? Planetary scientists have embarked on an ambitious program of finding out and have made great progress. Understanding how solar systems are made and evolve hold the clues as to finding worlds that may be inhabited by complex life. Critical components of a solar system are not only the terrestrial planets but the small left over pieces like the comets and asteroids in addition to larger planets like Jupiter. Comets and asteroids may have brought significant amount of water and complex organic material to Earth over time while Jupiter has stabilized planetary locations and gobbled up a more extensive barrage of bombarding objects. Each type of object in our solar system seems to have played a role in allowing Earth to start life and maintain it. In the last couple of years several thousand solar systems in our Milky Way galaxy have been found. We now realize that there are more planets than there are stars in our galaxy. This lecture will discuss the recent advances in determining if we are truly alone in the universe and where to look to find out.
*A brief report of Curiosity Rover’s discovery on Mars will be given before the lecture.

Food is a fundamental aspect of all our lives- from providing sustenance to enriching celebrations. Designing an exhibition about a topic at once familiar and complex is challenging. Our Global Kitchen, Food, Nature, Culture is a travelling exhibition from the American Museum of Natural History that explores a wide-ranging issues related to our food system, from “farm” to fork. It highlights the role of human ingenuity in shaping food past, present and future and how food reflects and influences culture and identity. It also delves into the environmental impact of the food we eat and the importance of resilient food systems in the face of the challenge of feeding 9 billion people by 2050. It brings to life groundbreaking new research on our sense of taste and how all these issues contribute to Why We Eat What We Eat. This lecture will provide a behind-the-scenes look at the adventures in making an exhibition.

Join Monty and Marsha on a trip through one of their favorite countries. You’ll visit highlights in Paris, but also in Strasbourg and L’Isle de Rey, and experience cyclist meeting a lofty challenge in Province. And along the way you’ll discover some unexpected connections between France and the United States.

You’ve seen Bannerman Castle heading down route 9D; Storm King, Bear Mountain and Harriman State Parks heading down 9W. Now learn the fascinating stories about how they came into being. The Gottlocks will keep you enthralled and entice you to venture out and visit these jewels in our backyard!

Marlin will take us to some of the great natural wonders, architectural treasures, and cultural and artistic highlights of several cities and countries in Central and South America. The Amazon, the Galapagos Islands, Machu Picchu, the Panama Canal, colonial cities, majestic cathedrals and palaces. So much to see!

We’ll cruise down the historic Danube River with Clint and Sue – from Budapest, Hungary, to Croatia, Serbia, Romania, Bulgaria, and on to Istanbul, Turkey. We’ll visit a Franciscan Monastery, the Petrovaradin Fortress, known as “Gibraltar of the Danube”, majestic palaces and scenic villages, and experience the Roman, Byzantine and Ottoman influences in Istanbul.

Join Rick as he takes us on a personal journey to this holy city and its surroundings. Mount of Olives, Via Dolorosa, Dome on the Rock, Western Wall. See why Jerusalem is an important center for Muslims, Christians and Jews, and explore the inevitable conflicts that have emerged as a result. 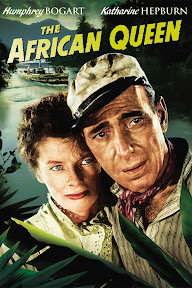 You and your membership partner are invited to watch this classic movie starring Humphrey Bogart and Katharine Hepburn for free! Just show your VBI membership card. Parking in the municipal lot behind the Bardavon. Trustees will be on hand to assist those who need it. In addition, you and any others in your party may attend any other classic movie at the Bardavon or Ulster Performing Arts Center for $1 off the regular price of $6 each. Again, just show your VBI membership card.