Our 2011-2012 travelogue programs are scheduled for next season.  If you have not yet joined or renewed your membership, please send your check of $35 made out to “Vassar Brothers Institute” to:

Join the Van Polens as they travel the back roads from Puget Sound in Washington State to the eastern most town and lighthouse in America. Along the way they describe the landscapes with delightful interludes of beautiful music as well as telling the fascinating story of Henry Ford’s classic car.

After exploring the glorious sites of Venice we make our way down the Dalmatian coast visiting medieval Split and walled Dubrovnik. From there it’s on to many of the legendary Greek islands and mainland sites. After visiting the site of ancient Troy in Turkey, it’s on to biblical sites in Israel, and finally Cairo and Alexandria in Egypt.

You enjoyed Fran’s “The Other Side of Mexico” in 2008, now you’ll love his further explorations into the land to our south. Take a ride on the Copper Canyon train, visit the Tarahumara Indians, relax on the west coast beaches and pet a 40-ton gray whale in the warm waters off the Baja Peninsula.

Go to the far north in Ontario and see a white moose … and her two white calves. The experience is a rare gift of a life time! Then go to the far south and learn about the many non-native plant and animal species in the Sunshine State.

We are so happy to have Dale back in Poughkeepsie to show us our second largest and second most populated state. Visit the Alamo and the river walkway in San Antonio, the great Palo Duro Canyon, the Big Thicket National Preserve, a longhorn round up, the mysterious Marfa Lights in West Texas, and so much more!

During 1945-1946, Edwin Fitchett served in the Pacific Theater as a Second Lieutenant in the US Army 165th Field Artillery Battalion. While overseas, he documented the places he visited filming with his Kodak color 16mm movie camera. Little did he realize, sixty-five years later his color film would be a valuable record of the aftermath of the Pacific War.
Fitchett was the commander of a Prisoner of War Camp with a thousand Japanese and Taiwanese prisoners. He documented their lives with his movie camera, including work details, camp life and social events. The Japanese prisoners even built a miniature Mount Fuji, and made him curious about their country and culture.
During free time, Fitchett explored Manila, Corregidor Island, Bataan and even attended Philippine Independence ceremonies, filming up close with General MacArthur and President Roxas. Also, he accompanied prisoners being repatriated to Taiwan, Korea and Japan. In Tokyo, Fitchett recorded the rebuilding, bomb damage, MacArthur’s Headquarters and other famous sites.
Afterwards, he returned home via San Francisco and remained in the Army reserves for ten years. He completed his education at Cornell University and worked for his family business, Fitchett Brothers Dairy based in Poughkeepsie, NY and now lives in retirement.

Programs whose purpose is to bring together scientists and the lay public in the exploration of topics of general interest and concern.

Science In Your Life Series Sponsored by:

Seating at Science In Your Life series is limited and is available on a first come, first served basis.

Kathryn Ferrusi of Hudson Valley Federal Credit Union helped to kick off the 2012 Science in Your Life Series on Wednesday, January 25th with words of support for the program. 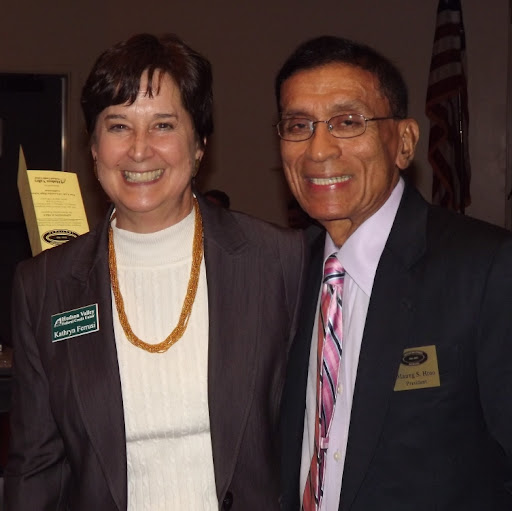 Dr. Stiassny’s ichthyological research has taken her throughout the tropical waters of Africa studying the evolution, behavior, and conservation biology of the continent’s diverse freshwater fishes. Her recent work is focused in Africa’s enormous freshwater heart – the Congo River. It is the second largest river basin in the world and drains an area the size of western Europe. It is also one of the least explored regions in terms of the extraordinary fishes it harbors. Recent discoveries in the Lower Congo suggest that this stretch of river is a “world apart” with deep underwater canyons and currents of extraordinary power and complexity that appear to be driving rapid diversification of fish species through isolation of populations living in very close proximity. In her presentation Dr. Stiassny will provide an overview of her recent researches in this remarkable river system and introduce a cast of ichthyological characters that are helping to unravel the complex evolutionary history of central Africa’s fishes.

Dr. Stiassny is the Axelrod Research Curator of Fishes in the American Museum of Natural History’s Department of Ichthyology. Her work has been featured in numerous media outlets including the New York Times and an appearance on the Colbert Report. Most recently her researches in the Congo River were featured in a National Geographic Television Explorer Special “Monster Fish of the Congo”. She is a scientific adviser to many scientific and conservation organizations including the World Wildlife Fund for Nature, Conservation International and the World Resources Institute.  She has authored numerous scientific papers, books, and articles and is a popular lecturer and participant in Museum travel and educational outreach programs.

Palmyra Atoll is a low lying, extremely remote coral atoll located halfway between Hawaii and Fiji, near the equator in the central Pacific Ocean. It serves as a baseline for studies of healthy reef systems, helping us to understand coral reef resilience, global climate change and its potential effects on coral reefs, and invasive species. Several threatened and endangered species, such as sea turtles, live on or visit the atoll. Much remains to be learned about sea turtle population size and behavior in remote foraging areas in the Central Pacific, hindering comprehensive management and conservation efforts. A team of scientists is undertaking research at the atoll to gather information required for the effective management of sea turtles and their ecosystems and to contribute significantly to knowledge of regional population distribution throughout the Pacific Ocean.

Dr. Eleanor Sterling is Director of the Center for Biodiversity and Conservation at the American Museum of Natural History and Director of Graduate Studies at the Department of Ecology, Evolution and Environmental Biology at Columbia University. She leads the development and coordination of the Center’s national and international field projects and the development of curricula for undergraduate and graduate level education. Since 2006, she has served as the chair of the Palmyra Atoll Research Consortium and is directing collaborative work to document biodiversity at the remote Palmyra Atoll National Wildlife refuge in the Central Pacific.

Certain sex differences in the brain, important for behaviors tightly linked to reproduction, are very well understood.  Mechanisms have been revealed, from hormones to gene transcription in specific nerve cells governing such behavior. These will be presented. On the other hand, historically, sex differences were thought to have much broader applications in human societies than is really justified.  A new view will be discussed, one that avoids previous oversimplification.

Dr. Donald W. Pfaff is professor and head of the Laboratory of Neurobiology and Behavior at Rockefeller University, is a brain scientist who uses neuroanatomical, neurochemical and neurophysiological methods to study the cellular mechanisms by which the brain controls behavior.  He graduated from Harvard College magna cum laude and received his Ph.D. from the Massachusetts Institute of Technology in 1965. He is a member of the U.S. National Academy of Sciences and a Fellow of the American Academy of Arts and Sciences. He also is a member of several scientific organizations related to studies of the central nervous system. The author of several books on the brain and behavior, he received the 2005 Award for Excellence in Professional and Scholarly Publishing (medical science category) of the Association of American Publishers for his recent book, Brain Arousal and Information Theory. He is the recipient of a share of the 2010 Ipsen Foundation Prize in Neuronal Plasticity.

February 22, 2012
Stan Walsh
On the Road to Oberammergau

Join Stan on this scenic trek thru Northern Italy ending up in the quaint, Bavarian town of Oberammergau, home of the world-famous passion play. Enjoy Stan’s ability to capture the essence of each place … whether the old town centers in the Italian cities, or the Bavarian wood carver bringing out the beautiful, hidden figures in pieces of wood.

Savannahs, lions, migrating wildebeests, jeeps crossing vast landscapes. Go on an adventure of a lifetime with Rick, visiting Nairobi, Masai Mara, Kilimanjaro, Ngorongoro, the Serengeti Plains – to name just a few highlights in Kenya and Tanzania. Top it off with a trek to visit the mountain gorillas of Rwanda.

Explore the lush mountains and unspoiled landscapes of brilliant flora and beautiful, crystal clear waters. Enjoy sailing and dolphin watching, hiking nature trails and swimming at the base of waterfalls. Climb to the top of a slumbering volcano or explore fascinating underwater gardens. St. Vincent and the Grenadines have it all!

Enjoy the remarkable variety that Portugal has to offer, including the warm, sandy beaches, rugged mountain landscapes and pastoral scenery dotted with vineyards and fertile farms. Visit the historic cities of Lisbon and Porto. And finally explore the famous port wine regions with a cruise on the picturesque Douro River.