The 2020 series will be at 7:30 p.m. on January 29, February 5 and February 13. As in the past, each program will consist of an understandable talk by a scientist involved in research on the topic, and an opportunity for questions from the audience. Brochures giving speakers, and subjects and the location will be distributed in January. The purpose of these lectures is to bring together the general public and scientists to explore topics of interest and importance to everyone. Admission is free. 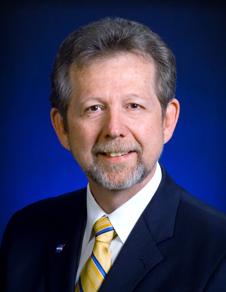 Scientists believe that the Moon was formed out of a collision between the Earth with a Mars sized planet named Theia at a very early stage of the development of the solar system. From then on, the Earth and the Moon’s evolution have been intertwined. The Moon has kept the Earth’s rotational axis pointing in the same direction providing a significant level of stability for the Earth’s climate. Today, the Moon holds many fascinating mysteries for scientists to explore. Scientifically there have been a number of stunning advances in lunar science and a realization that going back to the Moon will provide scientists with the opportunity to accomplish transformational science in understanding the origin and evolution of our solar system. NASA’s future plan is to go to the Moon to stay and then onto Mars.

Dr. James Green is NASA’s Chief Scientist who focuses on NASA’S strategic science objectives. He has written over 115 scientific articles.

Gravity Assist Podcast
Dr. Jim Green, NASA’s Chief Scientist, taps some of the leading experts in planetary science and other fields to give you a guided tour of the solar system and beyond. Come along to learn about planets, the Moon, asteroids, and more. Jim also explores how scientists get inspired to pursue careers in science – that “gravity assist” that leads them to become the explorers they are today. Daryl will travel to Cuba with the goal of shooting documentaries for magazines and television and will share his nonstop, day to day adventures, experiences, discoveries, and valuable lessons he learned on these incredibly spiritual journeys. He will discuss his style, philosophy, and various techniques he uses when photographing subject matter. Equipment, lighting on location, environmental portraits, and travel tips on planning a trip to Cuba will all be covered as well.

Daryl is also the former host and producer of the television show “The Unconventional Traveler” which featured some of the worlds’ leading explorers, travel photographers and filmmakers sharing their work from various expeditions and documentaries. He produced over 100 shows over a 10 year period and some of his guests included Jane Goodall, Buzz Aldrin, Reinhold Messner and George Schaller.